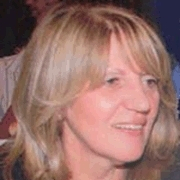 Main subject of my research relates to experimental research in the field of plasma physics, gas discharges, and physics of lasers. I used different experimental techniques in the numerous studies of low-temperature plasma from various sources and under various conditions. In particular, the most often used method of plasma diagnostics was optical emission spectroscopy, where the shape and broadening of spectral lines of hydrogen and non-hydrogenic atomic and ionic lines were used to derive the basic plasma parameters, temperature and electron density. Also, I have investigated the interaction of laser radiation with metal targets in the presence of plasma and various gases associated with the application of lasers, especially in the field of environmental pollution and LIBS (laser induced breakdown spectroscopy) in general; LIBS detection of liquids, submerged materials and organic materials (including explosives); laser induced plasma formation on and inside the liquid, processes and radiation detection.

ON 171014 – Spectroscopic diagnostics of low-temperature plasmas and gas discharges: Spectral line shapes and interactions with surfaces – National project – Ministry of Education, Science and Technological Development of the Republic of Serbia
– Project abstract in Serbian and English